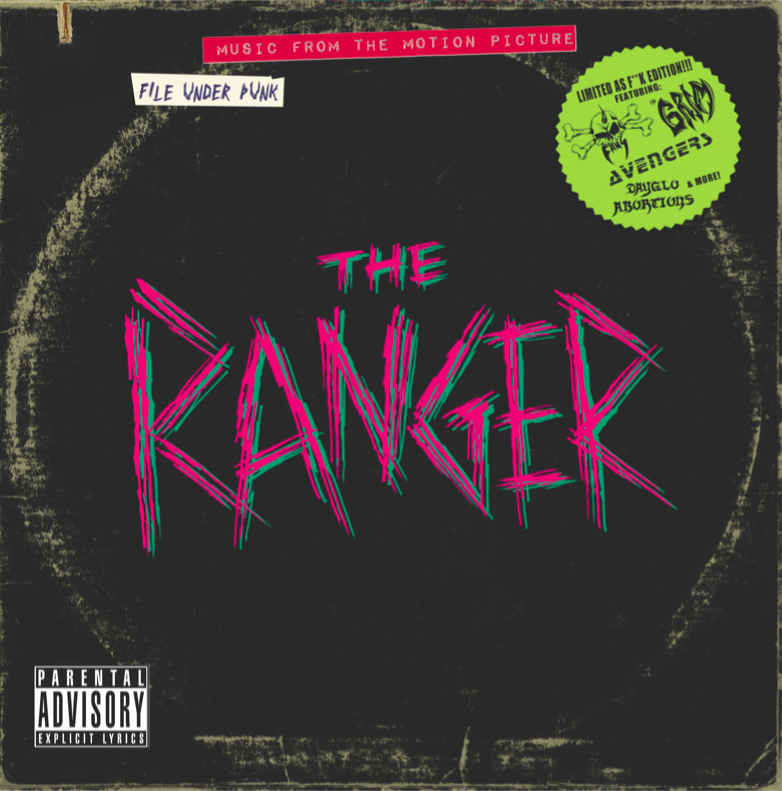 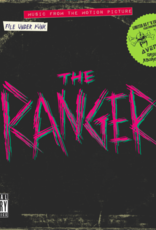 Vinyl pressings are housed in a gatefold jacket with silver foiling on The Ranger logo. Pressing quantities are as follows:

200 DOUBLE LP with the Soundtrack and bonus LP of the score BLACK VINYL
300 PINK LPs
Tracklist:

Creep Records presents in conjunction with Cinepocalypse.
In many ways, the Ranger like its soundtrack is forty years in the making. Jenn Wexler and Giaco Furino story set in 1980 dreamland draw inspiration from classic horror movies from the '80s and '90s. The songs used in the Ranger, span four decades from the Authorities 1979 to The Polyester Wags 2018. The music was curated to act as a supporting cast member, helping to drive the pacing and momentum of the film. The songs chosen were not because they were hits or by well-known artists, instead picked because they fit the mood and pacing of the scene.
In true DIY fashion, a call was put out to see which bands wanted to let us use their "babies" to be part of an Indie Slasher Film with the next great American Punk Rock Soundtrack in the vein of Repo-Man or Return of the Living Dead. The response was amazing and soon we had more songs then we could ever hope to use. There were a few bands that Wexler really wanted, so I wrote to them some I was friends which made it easier others we had to court to finalize using their music. Two such bands were The Avengers and Fang. There were others that unfortunately due to time constraints or issues with who owned syncing and publishing rights we were not able to acquire. Maybe we will see them on the Return of the Ranger.
The Bud Perry and Ronnie Masters songs almost didn't make it onto this release. Wexler licensed the rights to use in the film but not elsewhere. It took some time, and several rabbit holes were gone down to track down and receive the consent to use those tracks. Unfortunately, Bud Perry had passed away. By digging, I was able to get in touch with his grandson Chris Perry who was able to put me in touch with Bud's manager and Co-Writer of the song.  Harry Eckert and the Perry estate were more than thrilled to sign off. Next, I had to find not just Ron Masters but Roy Ownbey who wrote and owned the publishing. I tracked Ron down through a family member on Facebook, and he had two emails for Roy, one of which was current.  Both Roy and Ron were more than happy to sign off and give these songs a new lease on life.
It was very critical to all of us involved that the OST release was complete. We know the value that these songs have and the importance to share them all with you. On this release, you have 20 songs performed by 15 artists spanning 40 years. We encourage you to go out and pick up the records by all these great acts some you might have to dig deep just like us to find, but in the end, we are sure you will be thrilled you did.
Along with the 20 songs, there are 12 tracks for the score along with the 2 Black Lungs songs, written and recorded by Wade McNeil and Andrew Macpherson specifically for the movie. That is a ridiculous amount of music to be used in any film let alone an independent.
Thanks to the Avengers, The Authorities, Dayglo Abortions, FANG, The GRIM, The Atom Age, Rotten UK, Black Lungs, The NERV, Bud Perry,  Ronnie Masters, The Lobstrosities, The Polyester Wags, Shayfer James, Charlie Rich and all the other bands that were behind us on this project.
-Middagh Goodwin - Music Supervisor, The Ranger
Score by Wade McNeil and Andrew Macpherson

"Though THE RANGER is a tribute to the slime and grime of classic punk movies, it's very much a modern film, splitting the difference between the heightened exploitation of CLASS OF 1984 and the unflinching brutality of 2015's GREEN ROOM." -- Daily Grindhouse

"Promises a Technicolor bloodbath in the woods and it absolutely delivers." -- Rue Morgue

"THE RANGER is one of the most punk horror movies that has ever punked." -- Bloody Disgusting