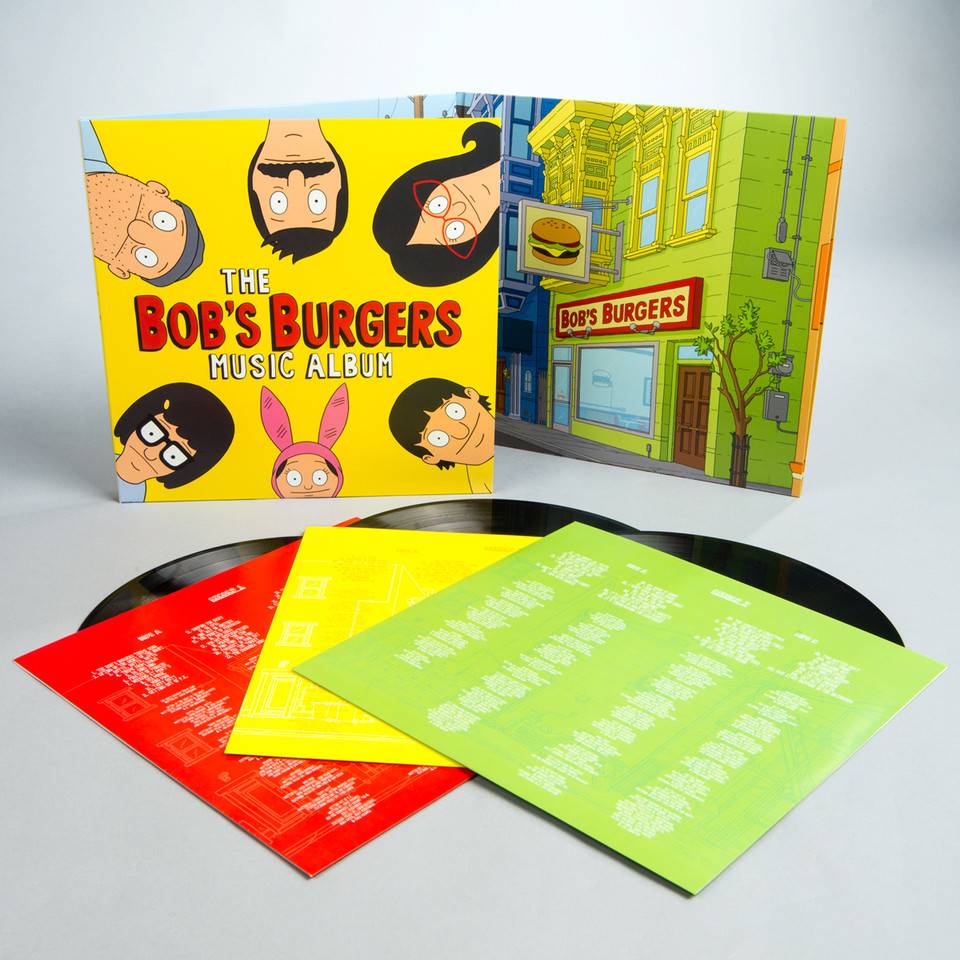 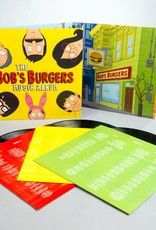 Every fan of Bob’s Burgers has a favorite song from the show. Or perhaps a new episode has arrived, with a relentlessly singable new number, and they’re reconsidering their options. This album will make choosing a favorite even more difficult.

The Belcher family - Bob (H. Jon Benjamin), Linda (John Roberts), Tina (Dan Mintz), Gene (Eugene Mirman) and Louise (Kristen Schaal)  - are all capable of bursting into song, whether it’s during a school science fair, expressing a deep fear of snakes or animal anuses, celebrating a community garden, or even after arriving late to a party because your husband has diarrhea. Loyal customer Teddy (Larry Murphy), colorful landlord Mr. Fischoeder (Kevin Kline), famous fictitious boy band Boyz4Now - they all have their anthems.

Sub Pop Records has gathered nearly every single salty, greasy, musical moment from seasons 1 through 6 for the aptly named Bob’s Burgers Music Album -  a massive collection of 107 songs featuring the main characters as well as the show’s numerous recurring and special guests, from comedians like Aziz Ansari, Sarah Silverman and Fred Armisen to musical guests Cyndi Lauper and Carly Simon. As an exciting bonus, the album also includes five covers from the “Bob’s Buskers” series by St. Vincent, the National, Lapsley and Stephin Merritt of The Magnetic Fields.

The Bob’s Burgers Music Album will be released as a 2 CD set, a 3 LP regular version, and the deluxe limited-edition 3 LP gift box that will include colored vinyl, the Bob’s Buskers 7 inch, a hardbound lyric book with original Bob’s Burgers artwork, a sheet music collection, 3 original posters, and more.

Fans know that music is more than just a condiment to Bob’s. Sometimes silly, sometimes sprawling, always heartfelt and firmly in the voice of the show, the music of Bob’s Burgers is part of the meat of the thing itself. Whether you think your favorite is “Electric Love” or “Butts, Butts, Butts”, this collection will send you back to the record player again and again to happily change your mind. -Subpop