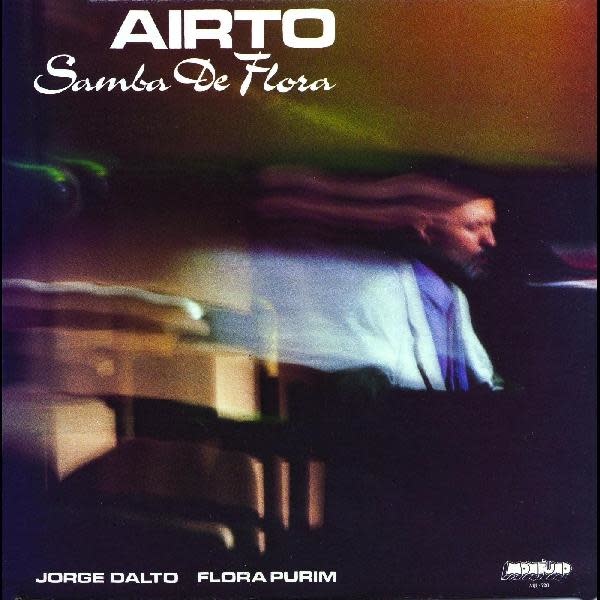 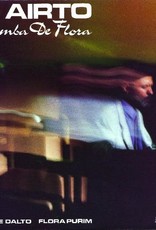 Soul Jazz Records are re-releasing Airto Moreira’s classic album ‘Samba de Flora’, out of print for 30 years ever since its original release in 1988. The album is very limited to just 1000 copies only, pressed on both vinyl and CD.
The impact of Airto Moreira in both the world of American jazz and in Brazilian music is unparalleled. At the start of the 1970s Airto was invited to join Miles Davis’ groundbreaking ‘electric’ group, which with albums such as the seminal ‘Bitches Brew’ helping Davis regain his title from John Coltrane as the most important jazz artist of all time.
Two years later Airto helped establish two of the most important jazz fusion groups of all time: Weather Report, with Wayne Shorter, Joe Zawinul and Miroslav Vituous; and Return to Forever, with Chick Corea, Stanley Clarke and Flora Purim.
Airto Moreira also began his solo career in the USA in 1970, and alongside his wife, the singer Flora Purim, and Brazilian artists such as Hermeto Pascoal, Sivuca, Deodato, Raul de Souza, Azymuth, all played a major part in the Latinised sound of American jazz fusion throughout the 1970s.
By this time Airto established himself in the USA in the 1970s, he had already had a formidable career back in Brazil in the 1960s as an important figure in the Bossa Nova movement, which soon after spread throughout the world. Airto played in a number of important groups during this time – Quarteto Novo Sambalanco Trio and Sambrassa Trio (all of with Hermeto Pascoal) – which proved to be three of the most ground-breaking groups of this era.
The album ‘Samba de Flora’, including the seminal jazz dance title track, is a masterpiece of jazz and Brazilian fusion and features Airto Moreira alongside Flora Purim, fellow Brazilian artist Raul de Souza and heavyweight USA jazz musicians Alphonso Johnson, percussionist Don Alias (from Stone Alliance), Cuban conga player Cachete and Argentinian pianist Jorge Dalto.
The album was originally released on the small independent Montuno Record label (which was run out of the unassuming Record Mart record store situated in the Times Square underground subway station!) and has been unavailable for many, many years.
This album is fully re-mastered and re-released by Soul Jazz Records for the first time ever, packaged in full original artwork on both vinyl (+ download code) and CD.