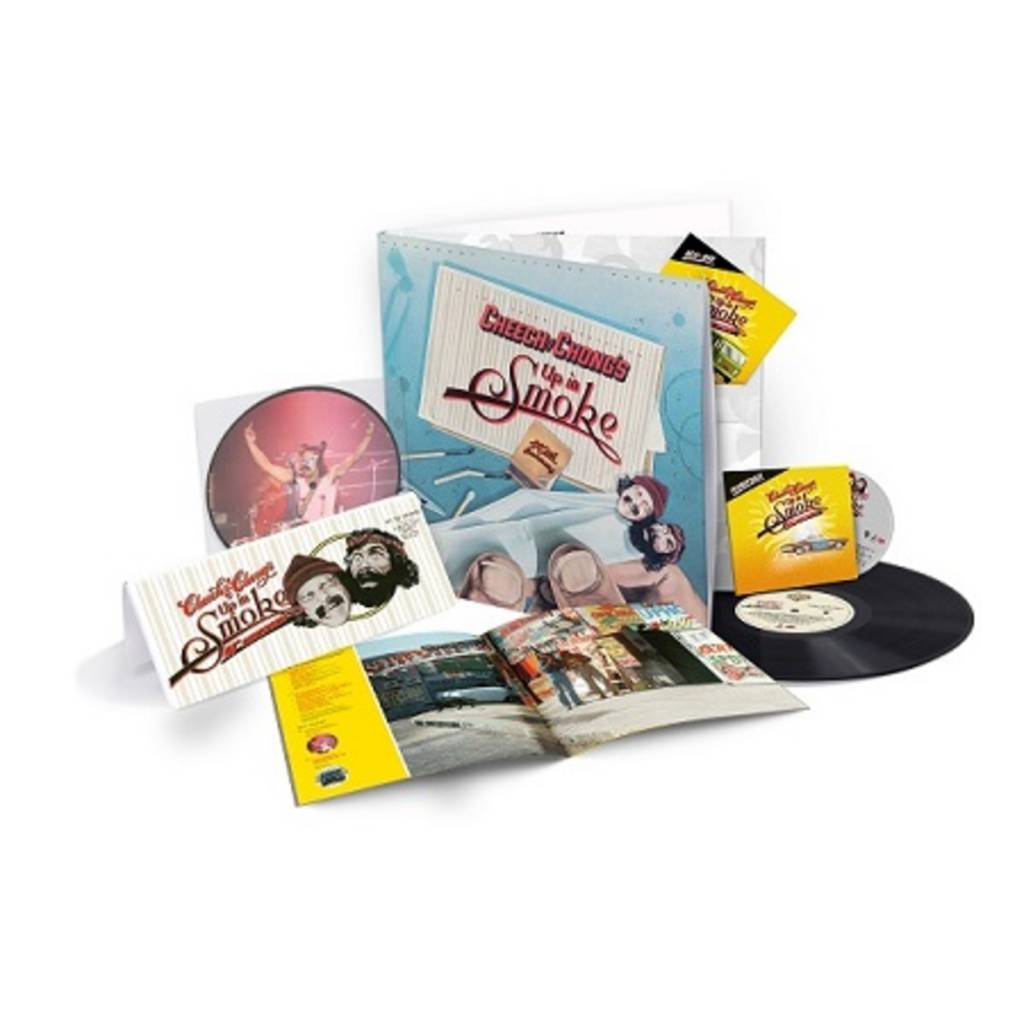 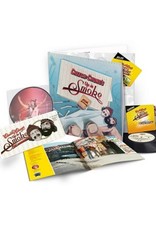 NOTE: THIS IS A PREORDER THAT WILL SHIP TO CLOSE TO THE 4/20 RELEASE DATE. Record stores normally receive these records the week of the release date.  We pack them up and put them out for shipment within the first 24 hours of receiving them but depending on when the mail picks them up and then where you are in the country, you may receive the item on the following Monday or Tuesday. We hope it gets to you by 4/20 but we just want to give you a fair heads up.  Also, preorders are non-refundable (unless we don't receive yours of course in which case we'd refund as soon as we know).

The UP IN SMOKE Deluxe Collector's Edition is presented in a 12x12 package, limited to 5,000 copies. The set pairs the Blu-ray with the original soundtrack on CD and VINYL LP, as well as a 7-inch picture disc, oversized "Up In Smoke" rolling papers, a film poster, and booklet with new essays by both Cheech Marin and Tommy Chong, along with rare and unseen photos. In addition to the new version of "Up In Smoke," the CD also features another previously unreleased version of the song from 1978 with an additional Spanish verse by Cheech.

The set features the Blu-ray detailed above as well as the following:

UP IN SMOKE 40th Anniversary DVD